The Department of Social Welfare and Development’s (DSWD) CCT program is a government initiative that seeks to alleviate poverty in the Philippines by providing cash grants to eligible households. The program is means-tested, meaning that only those households who meet certain criteria are eligible for the cash grant.

The Pantawid Pamilyang Pilipino Progam (4Ps), the Philippines’ version of the conditional cash program that Latin American nations have used as a model, is one way that the Philippine government demonstrates its genuine commitment to fighting poverty.

The fundamental component of CCTs is the distribution of financial and non-financial resources to the most impoverished families with school-aged children in exchange for them fulfilling obligations aimed at enhancing their skills. 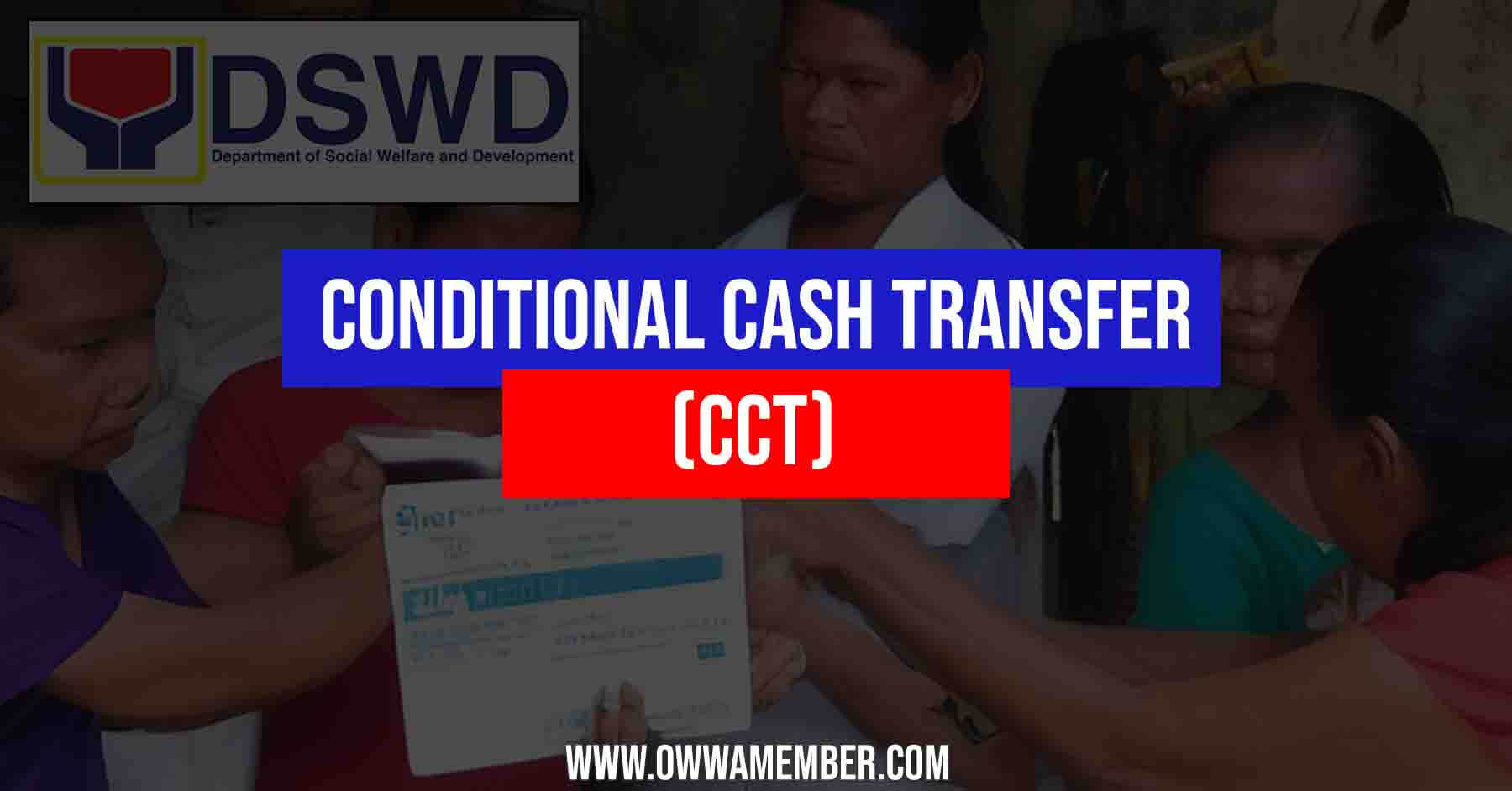 The 4Ps is a national community-driven CCT program implemented by the Philippine government. It is primarily targeted at low-income households with children aged 0-18 years old. By making investments in the development of human capital, particularly the health and education of children from beneficiary households, the initiative seeks to end the cycle of intergenerational poverty.

While giving immediate financial assistance to the home, the program’s goal is to encourage investments in children’s education and health to stop the intergenerational transfer of poverty.

The beauty of the CCT program is that it is not a handout; rather, it is a hand-up. Households who receive cash grants from the CCT program are required to comply with certain conditions to continue receiving the benefits of the program.

The CCT program has been operational for over 10 years now, and it has helped millions of Filipinos out of poverty. A recent study found that the CCT program has lifted 4 million households out of extreme poverty, and lowered the national poverty rate from 26.6% in 2012 to 21.6% in 2015.

The CCT program is not without its critics, however. Some have argued that the program encourages dependency, as households become reliant on the cash grants they receive from the government. Others have critiqued the targeting criteria of the program, arguing that it should target the poorest of the poor households instead of just those who meet the minimum income requirements.

How To Reach The Poor?

The National Household Targeting System for Poverty Reduction is a centralized database that contains information on all households in the Philippines. The system uses proxy means testing to identify poor households.

The system then generates a score for each household, which is used to determine if a household is eligible for a particular social protection program.

The Cash Transfer program is one of the social protection programs that use the NHTS-PR system for targeting purposes. The CCT program provides cash grants to poor households on the condition that they comply with certain requirements, such as sending their children to school and bringing them for regular health check-ups.

What are the Benefits Of DSWD Cash Transfer (CCT)?

The CCT program has numerous benefits for both households and communities. Some of these benefits include:

How does the program work?

It is the DSWD’s responsibility to implement the CCT program. Each municipality’s poorest households are identified using the National Household Targeting System for Poverty Reduction. A proxy means test is used in this approach to identify low-income families.

Once a household has been identified as eligible for the CCT program, it will receive a cash transfer every month. The cash transfer can be used by households to meet their basic needs, such as food, clothing, and shelter. Families are also encouraged to use the cash transfer to pay for their children’s education and health care expenses.

The Conditional Cash Transfer (CCT) program of the Department of Social Welfare and Development (DSWD) is one of the most successful poverty reduction programs in the world. It has helped millions of poor families escape from poverty, and it is continuing to help more people every year.

Despite the successes, there are some areas where the DSWD could improve its CCT program. Most importantly, the DSWD should continue to focus on improving the implementation of its conditionalities so that they have a real impact on reducing poverty

Acquiring your OEC is necessary if you are an OFW in Turkey. There are additional aspects to consider and requirements to complete before receiving...
Read more
Tips

The Overseas Filipino Workers (OFWs) in Indonesia need to process an Overseas Employment Certificate (OEC) because they are required by the Philippine government to...
Read more
Tips

OFWs who are in Vietnam should be familiar with Overseas Employment Certificate (OEC). This legal document is needed when traveling back to the country...
Read more
Tips

The process for acquiring an Overseas Employment Certificate (OEC) should be understood by any Overseas Filipino Workers (OFWs) in Puerto Rico. The OEC will verify that the...
Read more
Tips

OFWs who are in Cambodia should be familiar with Overseas Employment Certificate (OEC). This legal document is needed when traveling back to the country...
Read more
Tips

Acquiring your Overseas Employment Certificate (OEC) is necessary if you are an OFW in Brazil. There are additional aspects to consider and requirements to...
Read more